How quickly the tides have turned from the middle of 2010.  In spring of 2010 the Months of Inventory metric trended up to about 6 months of inventory.  Now the months of inventory index for Westside detached homes, after falling four consecutive months in a row, remaines at under 3 months of inventory as of December 31st.  The average sale price of a detached house on the Westside remained over $2 million dollars for a third consecutive month and was over 2 million for 6 months of 2010.  The attached and apartment months of inventory numbers respectively fell for the 2nd and 3rd months in a row and both of them are reside below 5 months of inventory.  Prices have ebbed and flowed in these two catagories but over the year they have remained relatively stable.
Low mortgage rates and money from China have spurred on the market thus far.  The Canadian Government reduced the maximum amortization from 35 to 30 years and maximum financing limit from 90% to 85% on insured mortgages.  These measures won't likely change much but they do indicate that the Governement (and likely the Bank of Canada too) is concerned about the size of mortgage debt at a time when everyone expects interest rates to continue to rise.  When buying property in this environment, take a conservative view of costs and think about your risk tolerance.  Definitely speak to a mortgage broker and get good professional advice.  As for sellers, I continue to implore people holding properties that they want to sell anytime in the next 5 years to sell NOW while money is cheap and the market is high. 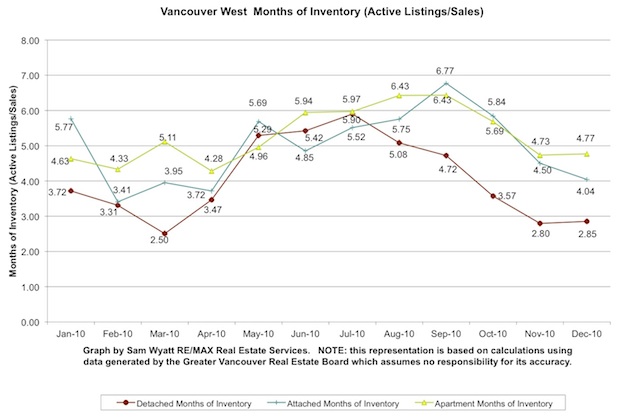 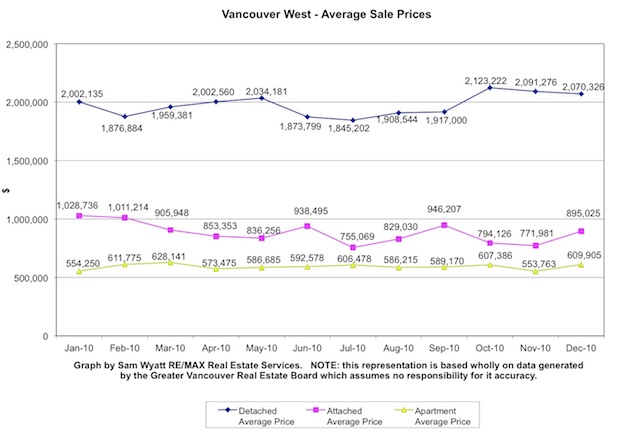