In January, Months of inventory (MOI)* for detached Westside Vancouver houses was at its highest point since the Credit Crisis of 2008.  The spring market brought it down to 3.3 months in May but as of July it was up again to 9.88 months. 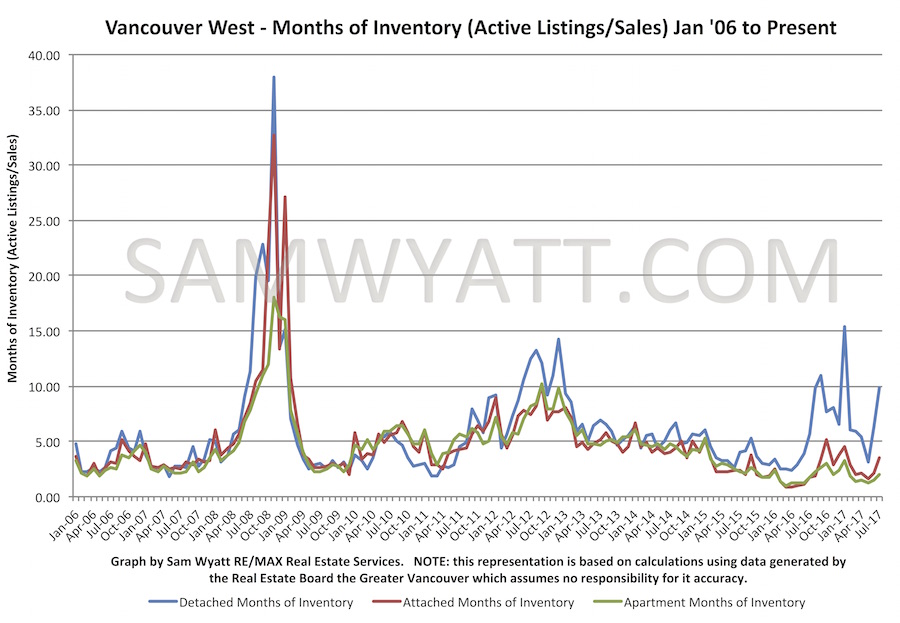 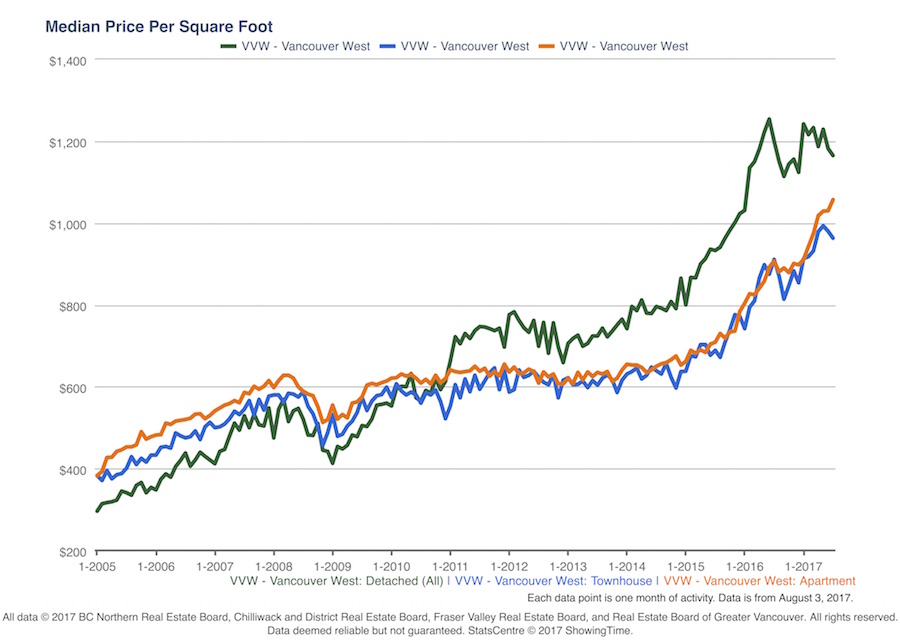 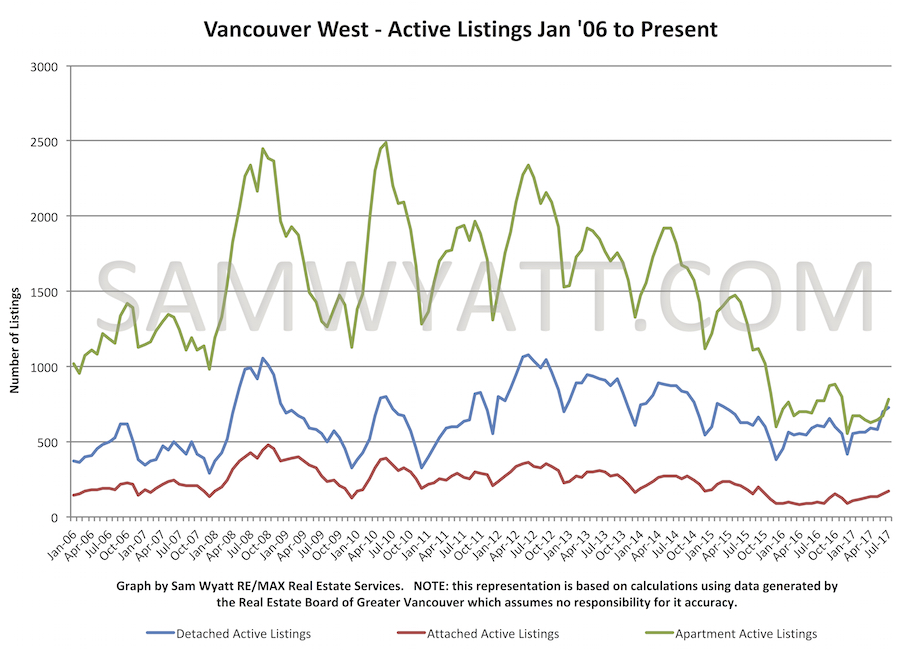 The story of the present market is most easily understood when looking at the Active Listing volumes graph.  Active listings for apartments in particular have been at ultra-low levels compared with recent history.  Meanwhile, detached homes' active listing volumes have been on the low end of normal but continue to creep into levels that have been typical for Westside houses. 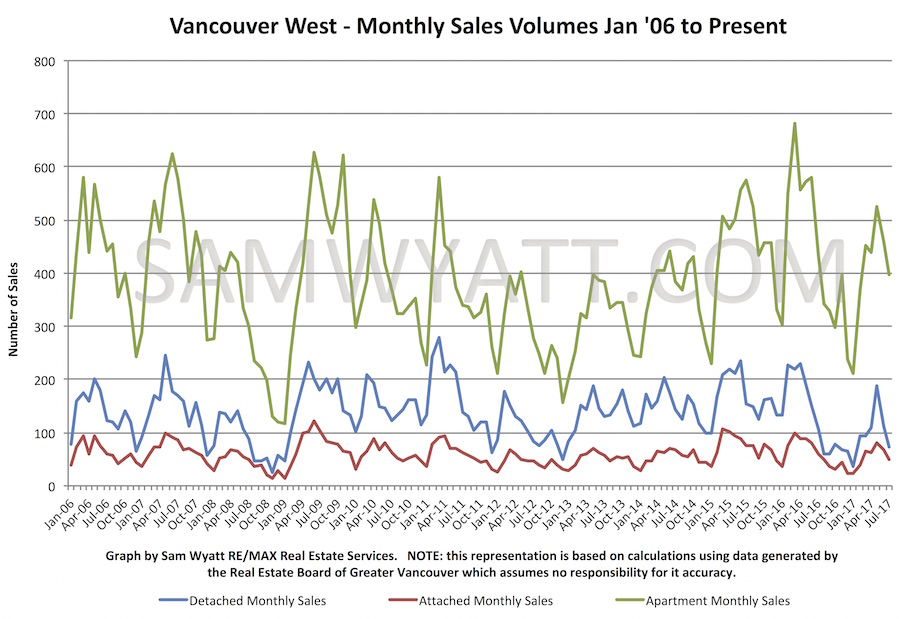 Sales volumes have been pretty typical for apartments and attached homes in the past few months.  House sales had been quite low since last fall relative to the previous decade until this May when 187 Westside houses were sold.  Two months later in July, only 74 were sold. 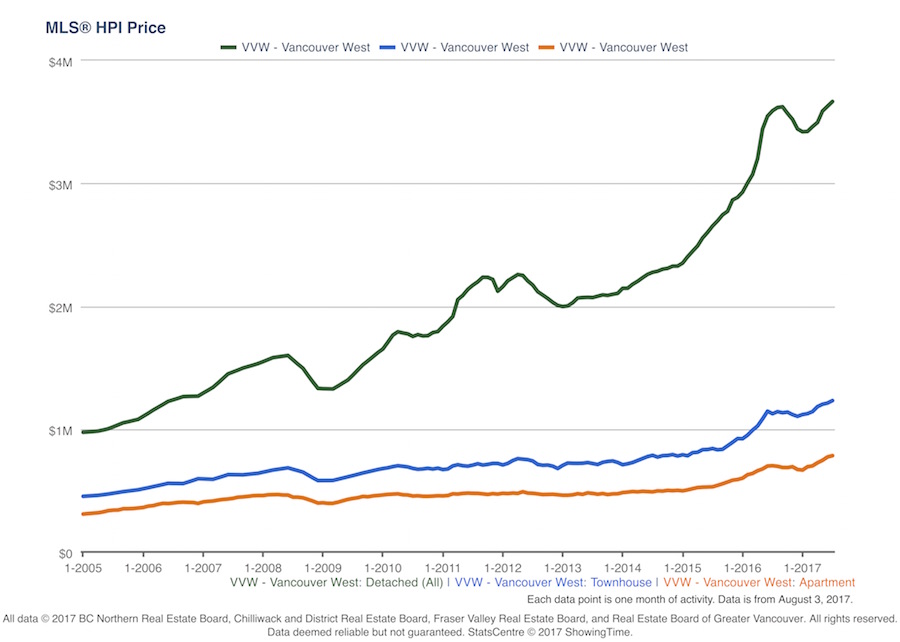 The Real Estate Board of Greater Vancouver's HPI Price for Westside houses took a significant dip during the low sales period between fall and winter 2016-17.  The hot apartment market this Spring brought it up to a new high point of over $3.6m in July.  With active listings up and sales volumes down for houses we may see a repeat of the camel's back pattern we saw in the HPI Price between late 2011 and ate 2012. 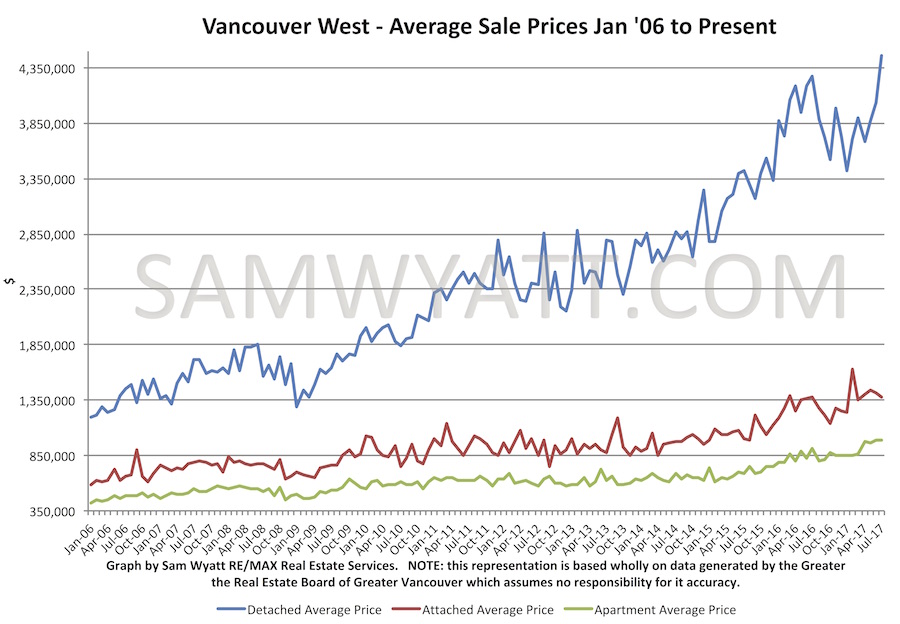 In spite of a slower market for detached homes there is no way to dispute that Westside house prices have remained impressive.  The average sale price for a detached home was a staggering new record high of $4,460,484 in July.  New taxes (existing and proposed) for foreign buyers and vacant homes along with fears about rising interest rates and increasingly tight mortgage regulations may mean a slowdown in the fast pace of the apartment market.  For now, the market is hot (particularly for apartments) and it remains a great time to sell.  There have also been some good opportunities to buy houses in both Vancouver East and West.  Do please let me know if I can be of service for you or someone you know in serving to sell or acquire a home.

*Months of Inventory (MOI) is a measure derived from the number of active listings during a given month divided by the number of sales that month. It indicates the theoretical length of time it would take to sell all of the properties on the market if nothing changed. Historically, 0-5 months of inventory has generally implied upward price pressure ("Seller's Market") for the ensuing six months, 5-8 months ("Balanced Market") of inventory has indicated a flat market with respect to pricing and over 8 months of inventory ("Buyer's Market") has, for the most part, precipitated downward price pressure.