In October the Months of Inventory (MOI) for Vancouver real estate was under 5 months for all home types.  This is a stunning reversal of where things were this time last year. 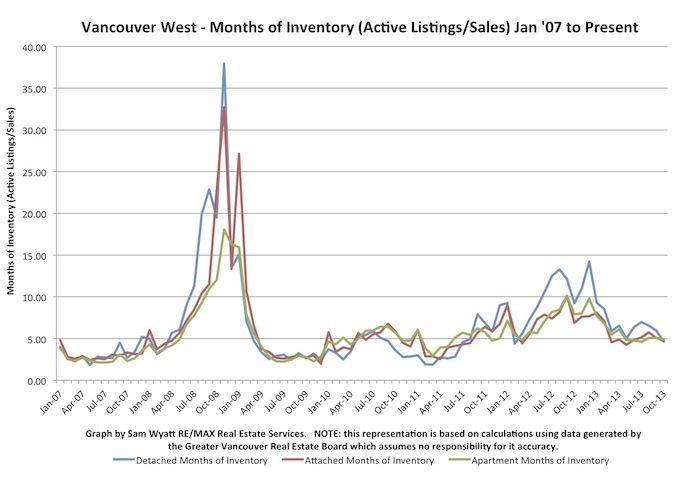 When months of inventory hit over 14 months last December it appeared like the spring market might not come at all but the super-low fixed rates that emerged in early spring helped to spark a resurgence of buying.  Will the buying continue now that fixed rates are higher?  Will we see more changes in fixed term rates?  The US Federal Reserve Bank  (Fed) has continued to purchase about $85 billion dollars a month of bonds, effectively increasing the money supply and depressing interest rates from what they would otherwise be.  The increase in rates this fall was as a direct result of the Federal Reserve Bank informing the public that they were going to begin scaling the purchasing back.  After the sharp response in the bond market the Fed decided to continue its purchasing at the same rate - for now.  The sheer scale of the monetary input from the Fed and other global central banks will definitely be a factor in interest rates and thus mortgage rates and the real estate.  The Bank of Canada has made clear that it intends to keep short term lending rates low for some time to come.

Vancouver West sales volumes this September and October were amongst the best in years.  I suspect that ultra low fixed 5 year term mortgage rates of 2.79% that finally expired in the middle of October were, in large part, responsible.  With equivalent rates now at around 3.69% there was a huge incentive to buy before the lower rates expired. 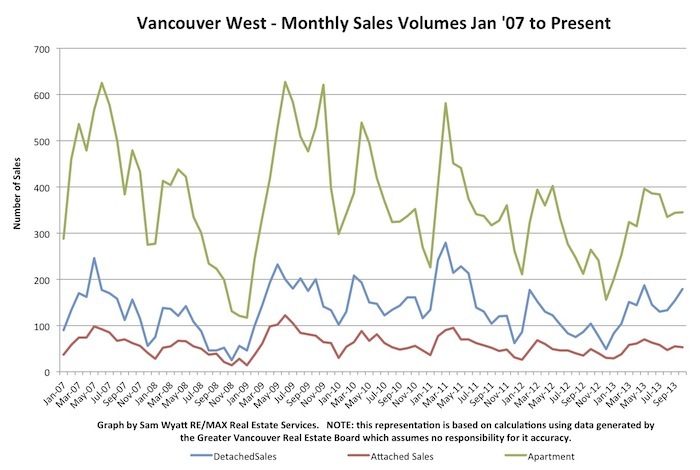 In spite of a great fall, the spring market this year was far from exceptional.  When looking at the chart above, it appears that the robust fall market is unlikely to put much of a dent in the long-term trend downward in sales volumes. 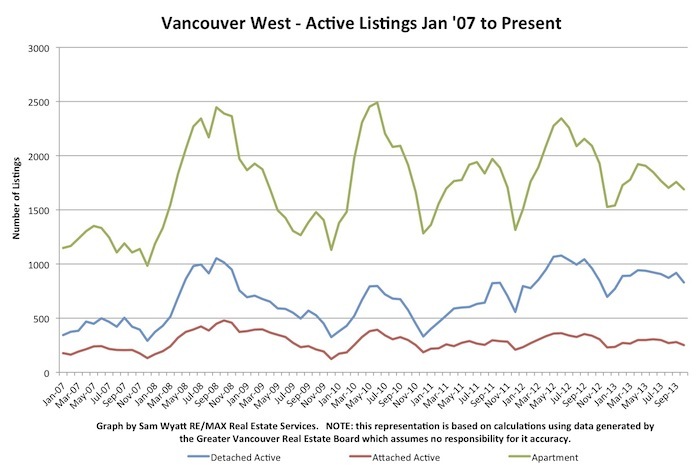 Pricing on detached westside homes in January was the lowest it has been since early spring of 2011 but thanks to the spring market, prices grew slightly.  The HPI index has westside homes at $2,089,700 in September.  Pricing has generally been stable for attached homes and apartments so far this year. 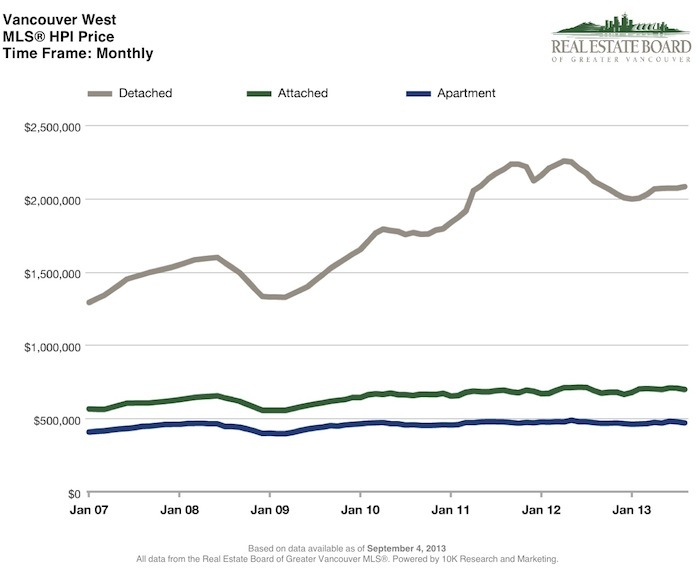