Months of Inventory (MOI) has consistently hovered above and below the 5 months of inventory level since early 2013.  The low MOI for all product types has indicated a continuing strong demand for Vancouver West Real Estate. 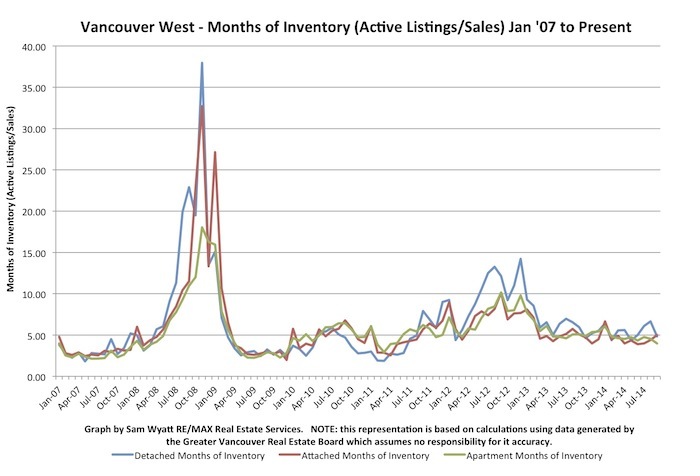 In December of 2012 MOI for detached homes hit over 14 months after a steady rise.  It looked like the Vancouver market was experiencing the beginnings of a downturn.   So what happened in early 2013?  In the spring of 2013 many lenders were offering a fixed 5 yr. mortgage rate of 2.69%.  Rates fell, in large part, because in late 2012 the US Federal Reserve Bank (Fed) introduced "quantitative easing 3" (QE3).  The Fed began to buy back $85 billion dollars a month of bonds and mortgage backed securities by effectively "printing" money (member banks deposit accounts were simply increased).  This massive input into the bond market drove up bond prices and drove yields down.  In turn, fixed rate mortgages fell to all time lows.  Rates crept up again starting the fall 2013 after the Fed suggested it might end or reduce the program.  Ultimately they opted to begin to taper by $10 billion a month.  5 yr. fixed mortgage rates came down again in the spring of 2014 but this time to only about 2.99% where they sit now.  I believe that it is no small detail that QE3 is scheduled to end in October/November of this year.  What happens when the stimulus money is removed completely is uncertain and it is probably uncertainty that is most dangerous for markets. 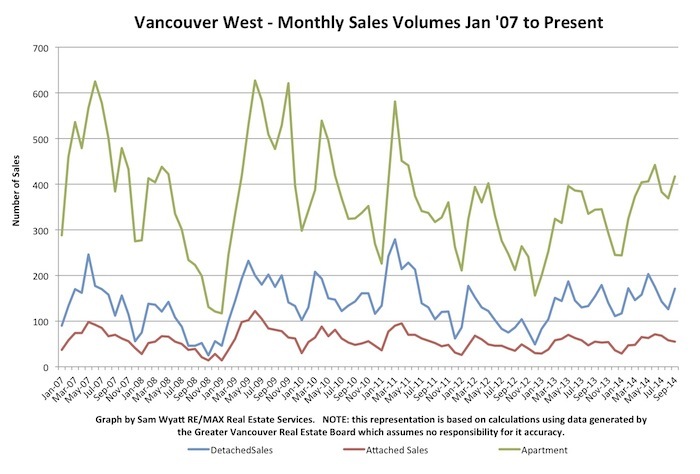 Sales volumes also have had a climbing trend since early 2013.  They, like the MOI, reversed a 4 year movement between 2009-2012.   Active listing volumes have stayed persistently high relative to pre-credit-crises numbers but the continuing strong sales volumes have overcome the downward pressure this might have otherwise had on pricing. 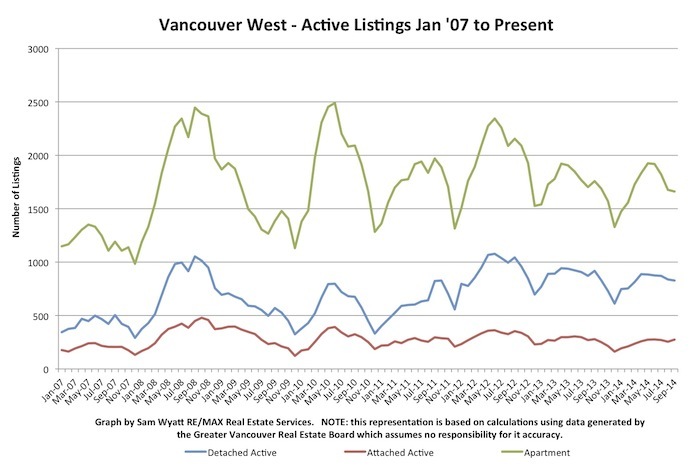 With the benefit of hindsight, the HPI price index suggests that January 2013 was a great time to buy a detached home. The HPI price jumped from $2,000,000 to close to $2,300,000 in less than 2 years!  At the time it looked more like things might just carry on downwards. 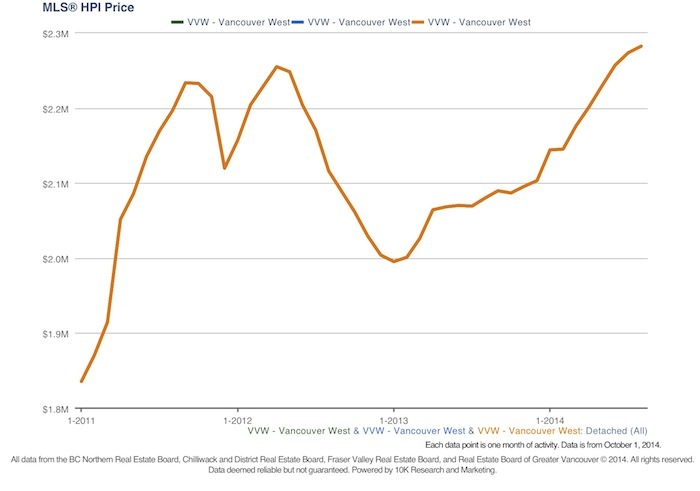 The graph for apartments looks dramatic and volatile but its scale is much more modest than for detached homes.  The small lift between January 2013 and September 2014 has not been great for flippers of new condominium developments who have only been counting on capital appreciation for their returns while often subsidising a tenant's rent in a negative cash flow position. 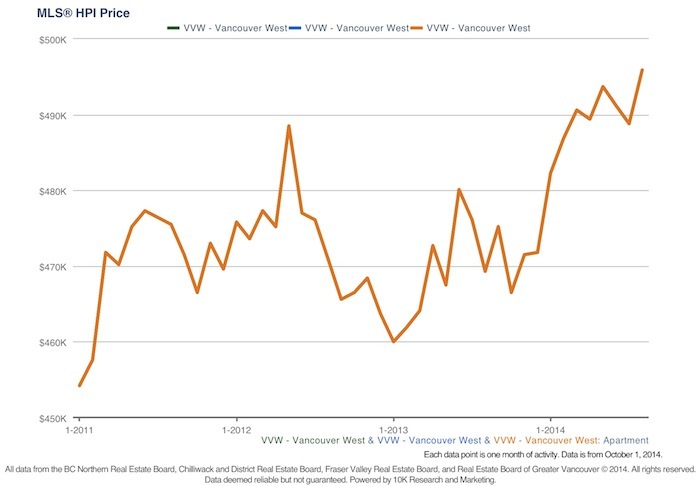 Attached homes saw a lift closer to houses between January 2013 and September 2014. 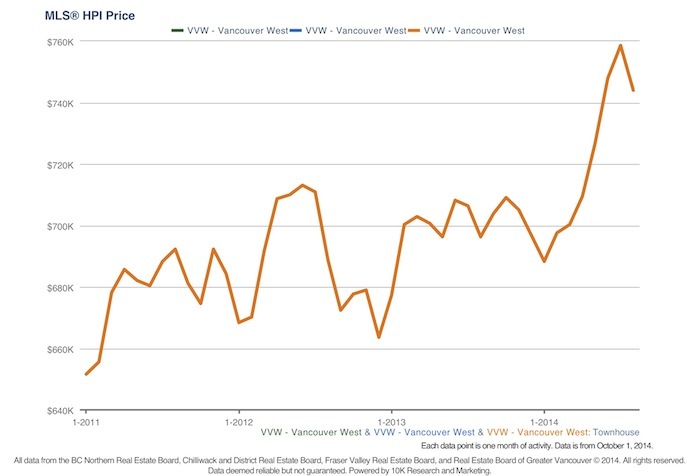 The short answer to how Vancouver Real Estate is doing at the moment is: "very well thank you" with some caveats for condo flippers.  It will also be very interesting to see how the end of stimulus from the Fed will influence mortgage rates and sales as we move forward.

On the investment front, I continue to acquire revenue properties in Fort St. John, BC and to help clients do the same.  Fort St. John and the Peace River District are in the heart of some of the largest natural gas deposits in North America.  Premier Christy Clark's election promise to promote BC's natural gas industry likely won her the last election.  Properties in the Peace River area are cash flowing beautifully with projected annualized returns of about 20% based on a 5-year hold.  Many of you have a already contacted me and bought property.  If you haven't yet and are interested in exploring this opportunity, please give me a call.